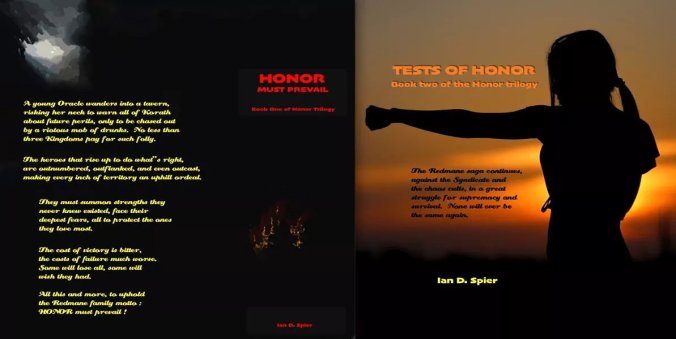 Sergeant Alex Mill, a man loyal to his Baron, is nonetheless a man with a troubled past, that threatens the court, his adopted people, and even his wife and daughter. Alex the meek must break through his fear and paralysis to salvage his lost heritage, and to save both himself, his daughter, and his long forgotten neighbors. The Baron has his own troubles, his brave cousin and protector has been framed for murder, and a plague is crippling his people, and if the barony of Oakthorn falls, so does the rest of Stonehaven. The great sundering has come to pass as Elven prophecies have foretold.

A young and headstrong but naive demigoddess enters a bar, and pandemonium ensues. Her warnings of a great conflict that will forever scar three Kingdoms are dismissed as a cheap stunt for attention by a reckless child and she is forced to flee for her life.

Along the way, a few other heroes join her cause to either save or avenge the ones they love most. A few will sacrifice everything, and others will wish they had.

“Let it be said: the many roads to power or especially to wisdom are paved with much suffering, including, ﬁrst and foremost, our own. I was an impetuous child, like my mother was. Early on, I had the curse of piercing the veils of time, but never the hearts of men, even today. Men claim to value truth, but they abuse, vilify, and ridicule those who dare speak it. For the truth brings pain, and men always blame the messenger. They would just as well blame the falling of snow on the southern migration of the birds in autumn. I did not ask to be a messenger. I was born this way. Forever different from others, often outcast, scorned, hated. The truth is a burden. Of all creatures, only man prefers the lie. I have often wished I were an otter or a dolphin instead. They seem happy with their lot. Indeed, they love the water more than I, and usually live in peace. I was not so lucky.” — The [adolescent] Oracle Tyrianna

LINKS FOR BOOK ONE :

ONLINE SAMPLES of Book two / Tests of Honor [version 2.9 soon to be revised again with an expanded cast of characters, new backstory and more drama for version 3]: 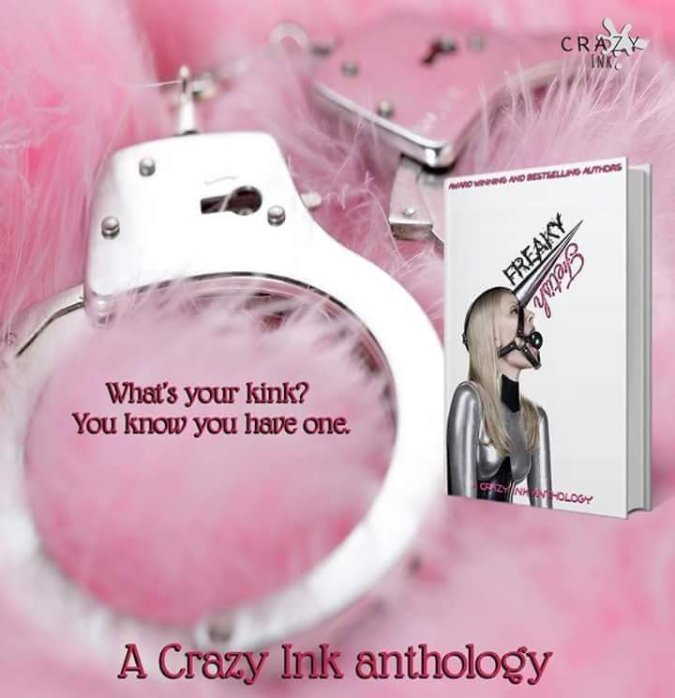 Freaky Fetish
What’s your kink? You know you have one.
Welcome to the crazy practices of fetishes that will drop your jaw. From feet to ropes and back again, Freaky Fetish shines a light on the darkness where alternative sexual practices often lurk.
Fear not: It’s time to let your freak flag fly!
Because sometimes, it’s fun to get a little creative in the sheets.
Six authors, six stories of freak in the sheets, and a whole lot of fun. What’s your kink? Freaky Fetish is sure to open minds and make you think twice about just how kinky you are… 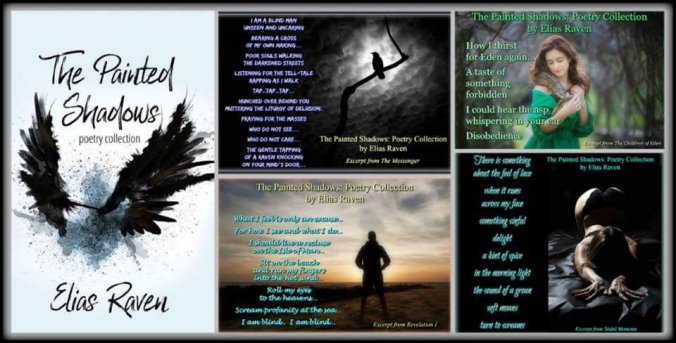 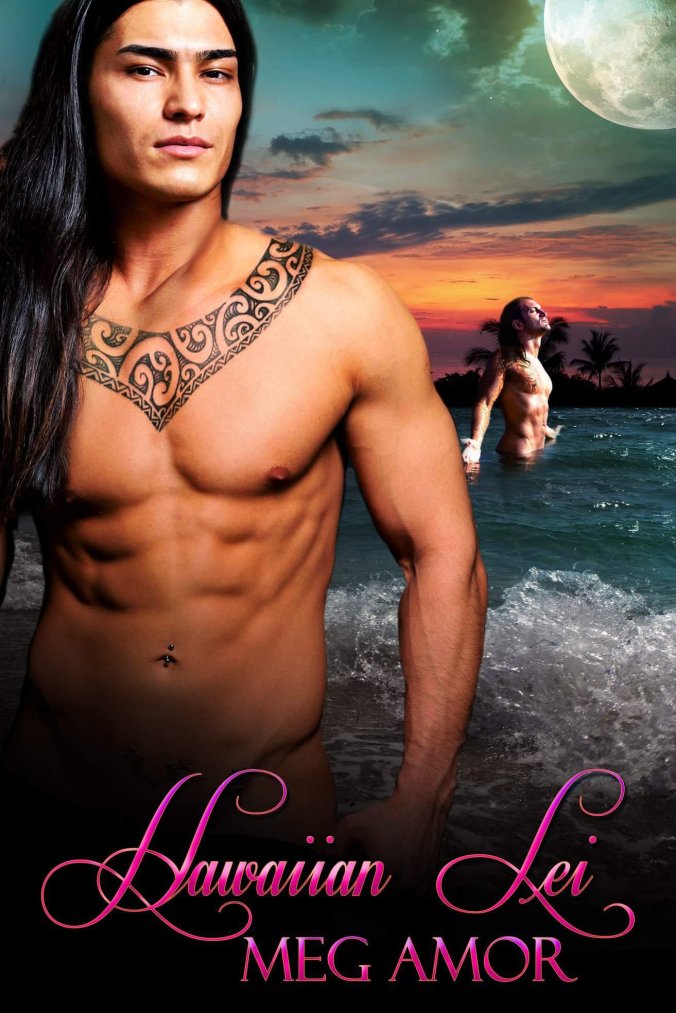 “Hawaiian Lei is lush, vivid storytelling, rich in layers, nuanced characters. It speaks of family, recovery, and the ability to move forward after healing.” Melanie M from Scattered Thoughts and Rogue Words Reviews.

Explosive heat makes sparks fly as two wounded men learn to trust and find a home for their shrapnel-laced souls.

Beau Toyama’s a flight instructor on the Big Island of Hawaii and a lovely, gentle, shy soul from a dysfunctional island family. One day his wife Mikey had said, “I love you, babe, but this isn’t working. I need a good man…” She’d paused. “And so do you.” But his last relationship with a man had been a disaster.

Matt Quintal’s a New Zealand painter with a gypsy soul that can’t settle down. The LA “gay scene” is a crock but where to now? Fed up with another soulless one-night stand, he jumps a plane to the Big Island of Hawaii to see his sister.

He’s not staying, though—it’s only a visit.

But unseen forces and the spirit of Beau’s mom Tehani have other plans for these two men.

Paddling in Kealakekua Bay’s beautiful turquoise waters, Matt’s heart is drawn to the sound of a biplane’s radial engines overhead, and suddenly he needs to know who’s flying that plane. When the “mixed plate” Hawaiian/Japanese/Tahitian pilot takes off his sunglasses, it nearly takes Matt to his knees.

Can these two vulnerable, wounded men allow their hearts and souls to trust again? Or will Matt get rock fever and have to run from his feelings and the one man who can see all of him? 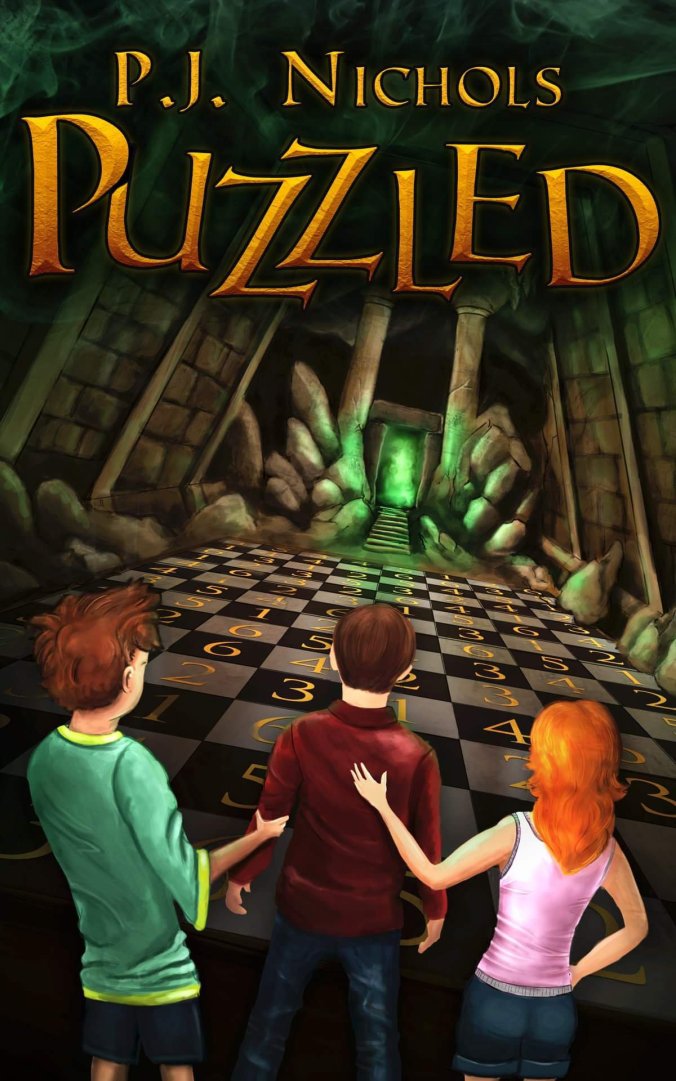 (Or if you’ve got kids that age, it’s perfect for them too!)
Read for free on #KindleUnlimited #KU 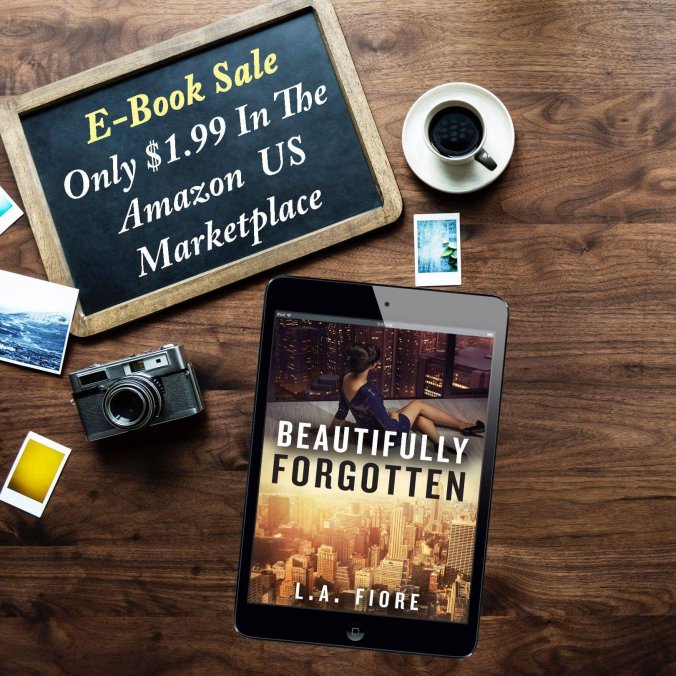 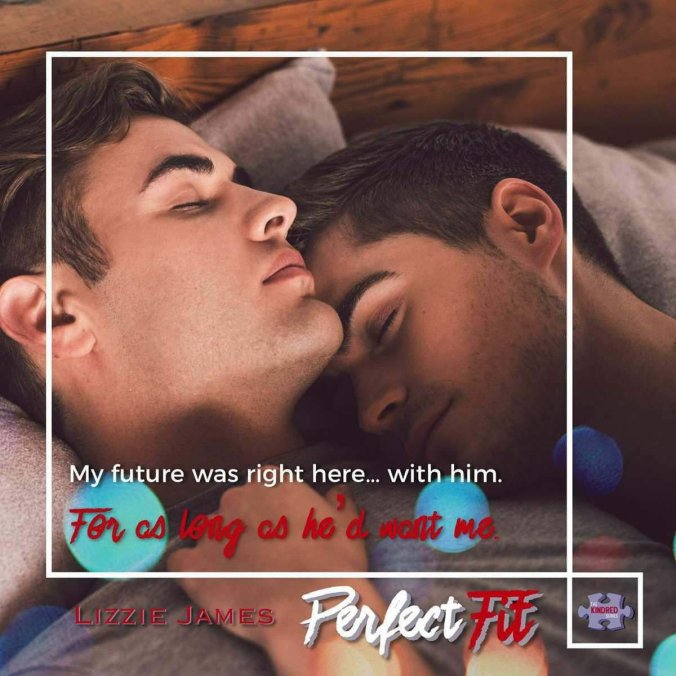 Synopsis:
Sammy
Football had been my life for as far back as I could remember… until Lucy came in and changed everything. Sacrifices had to be made and it threw uncertainty into my life and made me question everything.
Until Benjamin…
He walked into my life and made me question myself. I had lost so much but when I was with him, it all went away. It was like I was right where I should have been all along.
How could something so wrong feel so very right?
Benjamin
Love. It was something I never believed in. A fairy tale made up to give you something to believe in. That was what I believed. I was so very wrong.
Sammy had slowly become everything to me. He was the one person I wanted but he was also the one person that I could never have.
What do you do when the person you love is convinced you’re not right for them? Do you move on?
Or do you show them just how much of a perfect fit you can be? 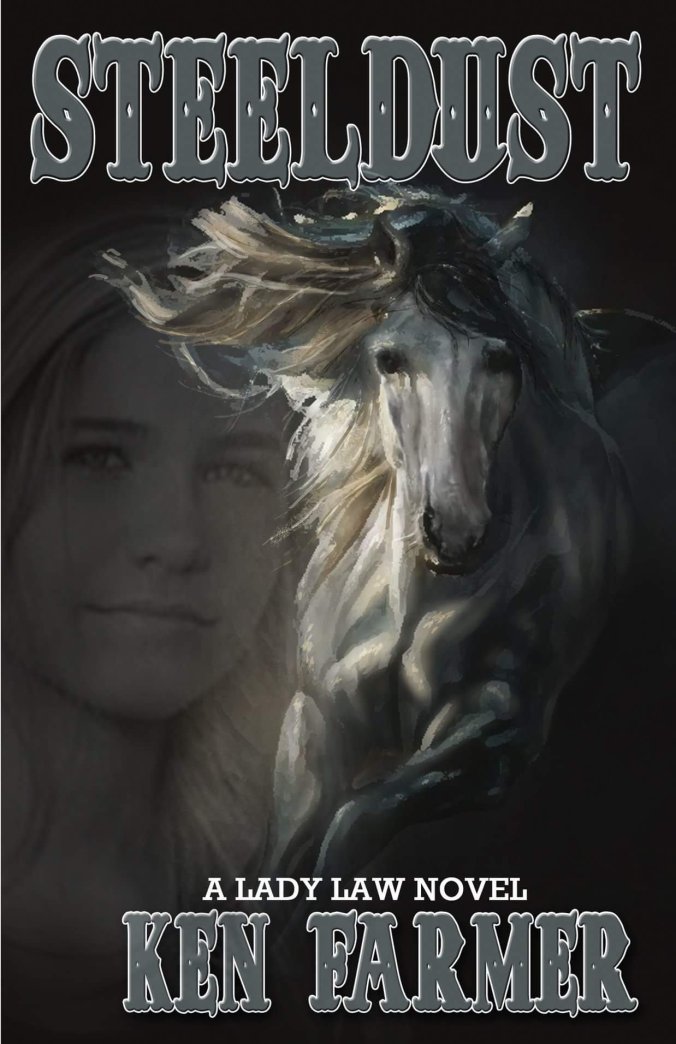 Carter dismounted and handed his reins to Frenchy. “Hold these. Fixin’ to have me some fun.” He strode toward Lisanne, unbuckling his chaps and trousers as he walked.
“You’ll regret this,” she said as she struggled against the taut rope around her shoulders.
He laughed again. “Not likely…Never regret diddlin’ such a sweet young thing.”
Carter nodded to Fats who jerked Lisanne to her back in the sand.
Steeldust squealed, reared high in the air and lunged against the heavy green railroad tie he was tied to, dragging it more than ten feet in her direction.
“Assuming you’re still able to when we get through with you hoodlums,” came a woman’s voice from the brush.
The Sinclair hands looked over to see Loraine stepping out from behind a large juniper with her Kimber pointed at Carter in a two-handed grip.
Lisanne rolled over to try to see who was speaking.
“Well, Señorita, you might have the drop on young Carter there, but I got it on you. Now, how’s ’bout you drop whatever that is in your hands,” said Frenchy from over on Loraine’s far left.
He looked over at Fats. “Looks like we’re gonna have us a little Mezcan meat to go along with blondie there.”
“Not today,” came a deep voice from the opposite side of the clearing.
Fats snapped a glance over at Bone stepping out of the brush with his .50 cal pointed at Frenchy.
“Who the hell are you?” asked Fats.
“Well, let’s see, the Lone Ranger, John Wayne an’ Josey Wales are already taken…so you can just call me, Bone…Sir.”
“Haw, I’d say we got us a Mezcan standoff…to coin a phrase,” said Frenchy.
“Like the big man said, ‘Not today’.” Flynn held his .45 Colt at waist level as he stepped out in the open.
“I’m getting real tired of seeing you boys. This is twice in the last two days…Now drop ’em,” said Fiona with an Ivory-handled .38-40 Peacemaker in each hand as she followed Mason out of the cedars to his far right. “You’re all under arrest.”
“I’d do what the Marshal says, girls, she’s as good with one hand as the other an’ can shoot in two directions at the same time…Plus man mountain over there is holdin’ the biggest handgun I’ve ever seen and your boss is standin’ there with his pants unbuttoned.”
Bone glanced over at Loraine. “Say, have we killed anybody today, Pard?”
“Not yet.”
“Well, hell, somebody’s got to be first.” He thumbed the hammer back ominously on his big Smith and Wesson 500 and pointed it at the youngest Sinclair.
“Hey, hey, hey, wait a minute, wait a minute,” whined Carter. 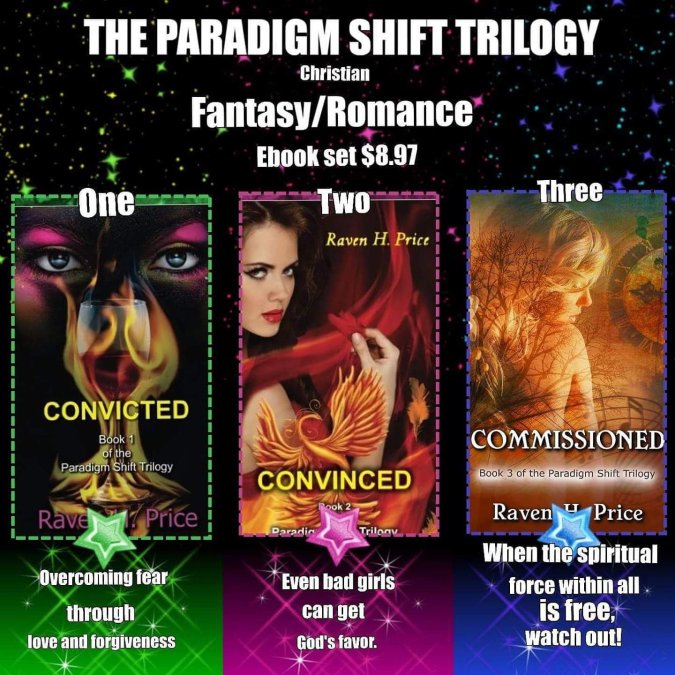 This #Christian #Fantasy #Romance selection will certainly keep you entertained with #drama #suspense and #supernatural elements of #spiritual warfare between women, angels, and demons.

Find out how these women learn to hear God’s voice and heed His instruction to find love, combat evil, and fulfill their destiny. Clean, wholesome entertainment that is #inspirational without being preachy. 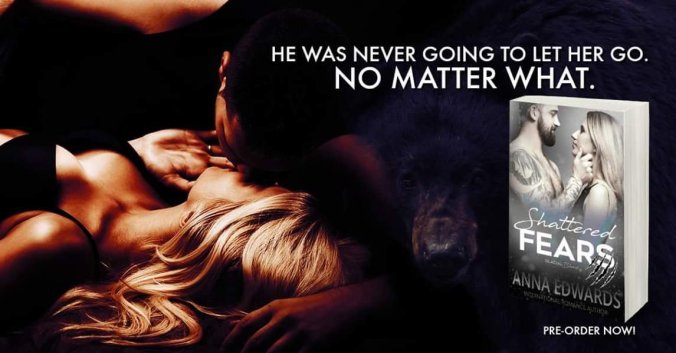 Isobel Ross has led a sheltered life, because her father is a Senator for Montana, and she has to act a certain way. She’s known love, though, only to have her heart shattered when the man she gave her virginity to disappeared. Chance brings them back together. Can she find it in her heart to forgive him?

Zain Thornton is the honey-loving bear of the Glacial Blood pack. Is his obsession a mask for the guilt and fear he hides? He’s a shifter. The woman he loves can never be with one of them. It’s too risky for all their futures. Can he find a way to live the life he wants when everything around his falls apart?

Shattered Fears is the fourth book in the ‘wildy’ popular, Glacial Blood Series by author, Anna Edwards. It’s set in a paranormal world full of drama, suspense, and great love affairs. Plus, it features a secret that must never be told for fear of the consequences.

A family isn’t always blood. It’s the people who accept you for who you are.
Anna Edwards